How Dangerous is Driving in Your City? 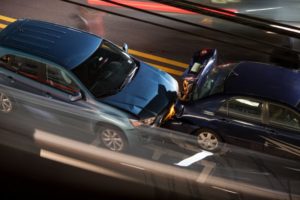 You need to be a safe and defensive driver. That’s true. But sometimes accidents are unavoidable because the other drivers around you are not driving safely and defensively. If that’s the case where you live, then you might be driving in a city that is known for dangerous drivers. That’s why staying up on how to be a better driver is so important. Read to learn about the cities that have the worst driving record and what you can do to avoid accidents with tips from a Dallas chiropractor.

The website dangerousroads.org conducted a study to show which cities were the most dangerous for driving. They looked at cities with populations of more than 150,000 people and considered metro areas with the most number of vehicular deaths to determine the rankings.

Unfortunately, cities in the South fared the worst, and one southern state has five of the 15 ranked cities.

Florida has that dubious distinction. There could be several reasons for this including the number of senior citizens driving there, tourists driving in unfamiliar territory and transplants from New York City who have never driven before.

Despite the traffic, Los Angeles did not make the list. However, it did have the most number of fatalities overall with 293. For walkers, Pittsburgh is the most dangerous city.

Here are the 15 cities that have the worst driving records:

How Can You Drive More Safely?

Whether you live in one of these cities or not, safe driving can be a lifesaver—literally. With that in mind, a chiropractor in Dallas offers the following safe driving tip.

If you’re in a car accident despite these safe driving practices, then schedule an appointment with the chiropractor in Dallas.

Comments Off on How Dangerous is Driving in Your City?