Car Accidents: The Leading Cause of Injury and Death in Dallas 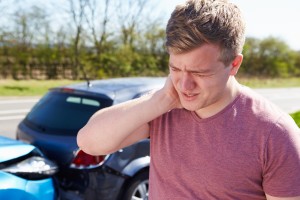 According to the Accident Data Center, a resource for locating up-to-date information on major traffic accidents across the country, car accidents in Dallas are the leading cause of injury and death for residents. The Center reports that in 2016:

What do these numbers indicate? Among other things, that drivers and passengers face greater danger when traveling in densely populated areas where there is more traffic congestion.

Where Do Accidents Happen in Dallas?

From 2012, the Dallas Observer reports that the following highways are among the most dangerous in Dallas:

Why are There So Many Car Accidents in Dallas?

As mentioned above, population density and traffic congestion increase the odds. However, there are a few things drivers can do to decrease those odds.

First, don’t drive drunk. The Texas Department of Motor Vehicles reports that 2,410 accidents were related to drunk driving in Dallas in 2016.

Designate a driver, use a smartphone app to summon an Uber or Lyft driver, call a friend—call your mom—whatever it takes to keep you, your passengers and others on the road safe.

Most people immediately think of texting and driving, which by the way is now illegal in the State of Texas and can earn you a hefty fine. But there are other things, too, such as eating and drinking, changing the music selection, adjusting a navigational system and talking on the phone or to passengers in the car.

Talking on the phone is far worse than having a conversation with a passenger. The reason is fairly straightforward: the person at the other end of a phone call cannot see the traffic around you. Studies show that when a driver and passenger are talking, their conversation tends to ease off as traffic picks up. That doesn’t happen during a phone call.

The best thing you can do to keep yourself and others safe while driving is just drive. When you keep your eyes and your brain on the road, you are better able to react in order to avoid an accident.

Comments Off on Car Accidents: The Leading Cause of Injury and Death in Dallas